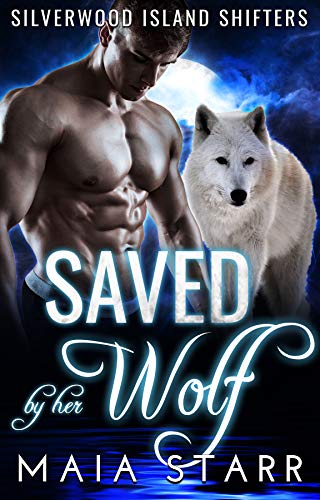 The growling wolf within is about to raise havoc.

When Ginny Whitlock married who she thought was her Prince Charming, she never expected to fall in love with his two children as well. But now she’d be willing to put her life on the line to protect them, even if it means fleeing to a cozy fixer-upper on the banks of Silverwood Island to escape the wrath of her former husband.

Luckily for her the cottage comes with a repairman that is beyond drop dead gorgeous. With a body sculpted like a Greek god and a charm that intoxicates her from the get-go, Zander is definitely no ordinary man. But there’s one problem: he keeps saying he’s a wolf, and won’t stop claiming her and her children as his own. It’s insane!

But Ginny’s pursuer isn’t about to simply give up on hunting her down, and Zander could very well be the one thing standing between Ginny and her ex-husband. When Ginny is forced to confront the demons of her past, Zander will finally release the snarling wolf inside. It’s do or die, and Zander won’t rest until Ginny is safe in his arms.