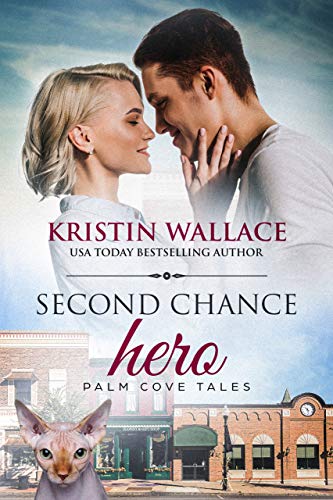 It all starts with a new challenge…and bald cat named King Tut.

After losing the Heiress Games, Serena Douglas, has been reduced to living off the largess of a pampered pig and the benevolent graces of her childhood nemesis, Eve Bennett. Not to mention sharing the Armington mansion with three “newly-in-love” couples. It’s enough to send anyone into the depths of depression. Then Serena is presented with an opportunity to win a fortune of her own. Deceased heiress, Victoria Armington, has arranged for the losers of the Heiress Games to secure a $10 million trust, including Serena’s sisters, Abby and Isabella. The catch? In order to gain control of the trusts, they must all be gainfully employed. Serena is determined to get her hands on the trust. Not for herself, but for the sake of Isabella, who needs the money to fight against leukemia. All she has to do is find someone willing to hire a former heiress with no job skills. Serena’s search leads to Damon Grant, the man she’s been trying to forget since she was a teenager. All she has to do is convince him she can help protect a bald show cat.

Security expert, Damon Grant, nearly lost his life when a bereaved mother tried to take out the participants of the Heiress Games. He’s been stuck in Palm Cove trying to recover his health and his dignity. Just when he’s finally ready to escape, Damon finds himself agreeing to protect a Sphynx cat named King Tut. The hairless cat has been threatened if his owner doesn’t remove him from a prestigious cat show that’s being held in Palm Cove. First pampered pigs and now a naked show kitty? His reputation as world-class security expert might well be over, but he owes a favor to the Sherriff, so he’ll do it. Damon never figured on hiring an assistant for the job, and certainly not pampered princess, Serena Douglas. She’s been an enticing thorn in his side since he was a teenager. By rights he should hate her. She’s spoiled, arrogant, and she used to torment his best friend, Eve Bennett. Still, that’s never stopped him from wanting Serena, or saving her, even when it cost him everything.

As Serena and Damon work together to uncover the villain threatening King Tut, they’re also working overtime to resist an attraction that’s been simmering for decades. Can they overcome past pain, and Serena’s past behavior, to find a second chance at love?