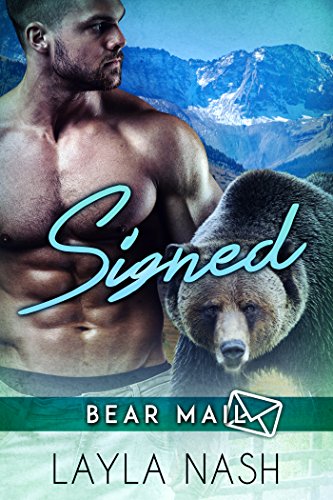 Hannah loves her life in New York, even though her boss doesn’t appreciate her and her long-overdue promotion went to someone else. When her crazy best friend signs up for a mail order bride dating site, Hannah signs up as well just for laughs — except things turn serious when her bestie falls in love and drags Hannah to North Dakota to meet the guy and his devastatingly handsome brother.

Wade doesn’t have time for love — running a ranch, keeping his brothers in line, and trying to keep the bear shifters across three counties from accidentally revealing themselves to the humans are more than three full-time jobs. When curvaceous Hannah shows up at the ranch along with her best friend, though, Wade reconsiders his priorities. Just as she makes him believe in true love, the rival wolf pack in town threatens her in an attempt to get Wade to back down, and everything he’s worked for starts to fall apart.

Hannah could almost deal with leaving the city to be with Wade… until he turns into a bear. She thought New York had the weirdest people on the planet, but at least none of them turn inside out. She and Wade are definitely from two different worlds… is bear mail enough to bring them back together?