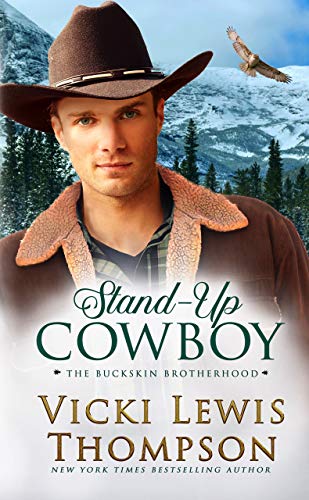 He’s reined in by a little buckaroo…

Buckskin wrangler Garrett Whittaker has found the woman of his dreams in single-mom Anna Warren. He’s eager to be in her life, but she refuses to date until her toddler son is in college. Her intimidating ex left little Georgie afraid of men and Anna wary of making another mistake.

If Garrett can win Georgie’s trust, he has a shot. If he can’t, he’s out of luck. One hot kiss tells him Anna’s worth fighting for, but he doesn’t know much about kids.

His fate is in the chubby hands of a two-year-old.