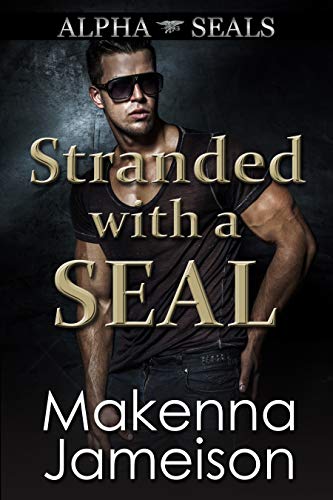 Navy SEAL Noah “Viper” Miller is deadly on the battlefield and even more dangerous in bed. He’s lusted after blonde bartender Bailey Franklin since the first time he saw her and isn’t used to a woman turning him down. Ever.

But just because he can kill an enemy with his bare hands doesn’t mean he’s a match for the feisty bartender.

Bailey Franklin has been attracted to Noah since the first time he sauntered into her bar. Cocky and flirtatious, he has heat coursing through her any time he’s near.

When a relaxing afternoon at sea ends up with the boat capsizing during a sudden storm, Noah comes to her rescue.

But getting safely to shore is only the beginning.

They’re stranded together on a remote island, desperate and alone. Noah’s ready to put his SEAL training and survival instincts to good use…but will he be able to convince her to give him a chance as well?