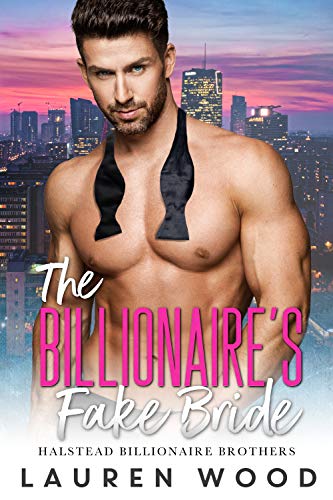 They say you shouldn’t fake it…But with half a million dollars on the line, I’d do just about anything to fix my possible eviction and empty bank account. Even if that means marrying billionaire playboy Jesse Halstead.

I never thought I’d be desperate enough to work with a matchmaking agency, let alone one that pairs broke people with billionaires for financial gain. But here I am, pretending to be a blushing bride, and pretending not to notice how drop-dead sexy Jesse is the moment I met him.

With his looks, money and charisma he can have any woman alive, and he knows it. That whole cocky, arrogant ahole thing…so not my type. Even if his wandering eyes suddenly seem to only want me.

I promised myself one rule throughout this agreement, Don’t fall. Don’t fall prey to his irresistible allure…not going so well. Don’t fall into his bed…it was only one time! And absolutely don’t fall in love…oops.

I’m starting to realize that pretending I’m not in love with Jesse Halstead, just might be the hardest thing I’ll ever fake. Do I risk telling him how I feel?

Or is falling for my fake husband just flirting with disaster?