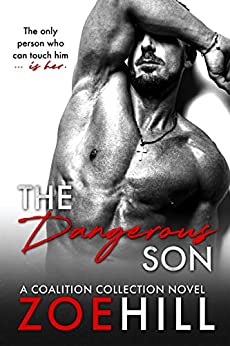 The only person who can touch him… is her.

For Spenser Ingram love is an abstract concept. Friendless and fearless, he walks his own solo path. Encouraged by his parents to wield his cold-blooded ruthlessness like a weapon, the boy who never cried grew into a man who regularly makes others weep.

Sent to deliver a message to a local motorcycle club that’s standing in the way of his family’s never-ending pursuit of power, he encounters Poppy Tennyson and is immediately captivated.

For the first time in his life, Spenser wants something for himself.

Unfortunately, a decades-long conspiracy is playing out behind the scenes, and he’s quickly left questioning if his affection for Poppy is genuine or a carefully crafted illusion created by the one person he thought he could trust.