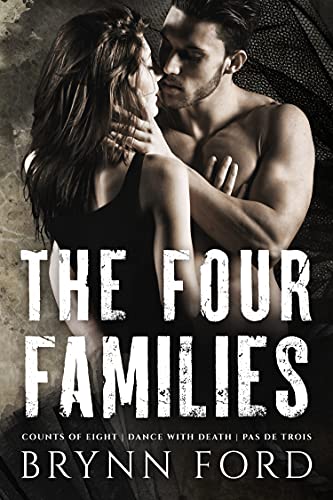 Two captive dancers. One cruel master. A single performance to determine whether they live or die.Anya has served as a talent slave for one of the four families since she was kidnapped three years ago. She has accepted her fate, knowing that the four families are everywhere and escape is impossible. She belongs to Nikolai who abuses her in unspeakable ways. He’s a villainous master and head of the Mikhailov family. She has learned to live the life of a slave, complacent in her misery, until a new captive arrives and changes everything.Ezra has just been violently kidnapped and brought to the Mikhailov family home. He is given to Anya as her new dance partner. Sarcastic, stubborn, and impulsive, he refuses to recognize a master, but Anya knows her fate rests in his hands. His cooperation is crucial to their survival. If their performance at the next quarterly meeting of the four families doesn’t meet Nikolai’s strict expectations, it could mean death for them both.As Anya tries to break Ezra into compliance and train him in her style of dance, her walls are broken down, and a bond unlike any other is formed. It’s dangerous to fall in love when you’re a slave.In Box Set:Book 1: Counts of EightBook 2: Dance with DeathBook 3: Pas de Trois