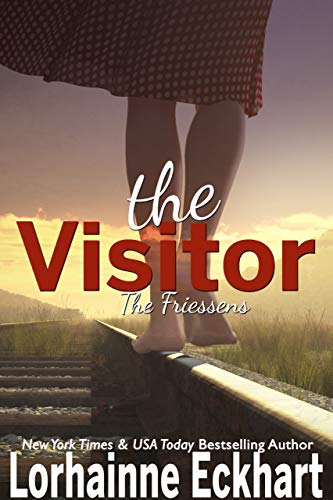 In Laura Friessen’s peaceful, comfortable world, her family is everything, and at times she has to remind herself how lucky she is. These days, she gives barely a passing thought to her unsupportive, hypocritical parents or to her husband’s father, who, as far as she’s concerned, is a scourge on the earth. Good riddance to them all!

However, her world comes crashing down in a single day. First, her husband’s father shows up on their doorstep without a penny to his name, believing Laura is solely responsible for his misfortune in life. Then an article appears online about her parents, who run a church mission in Africa and are portrayed as saints, with no mention of them ever having a daughter. Last, a courier arrives with an envelope addressed to her, with no return address, containing only three words: You owe me!

Laura believes this is Andy’s father’s pathetic attempt at revenge, at extracting what he believes he’s entitled to. She knows that if they let Todd Friessen through the door, he’ll attempt to manipulate not only Andy but also their children and grandchildren, who don’t know the man who now wants to be called Grandfather.

Unfortunately, what Laura doesn’t realize is that even though she has an amazing life, before she can move forward into her future, she has to confront her past.