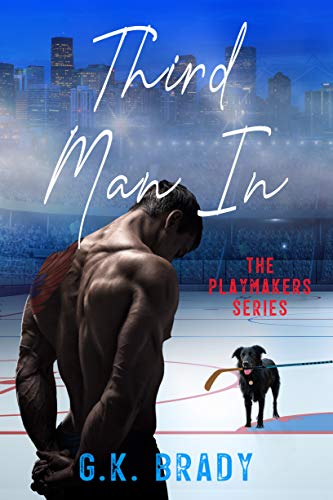 Pro hockey player T.J. Shanstrom is no stranger to controversy. Labeled a goon by his many critics, he’s the guy every team hates to play against but every team wants on their side—the goal scorer with an edge as deadly as a newly sharpened skate blade.

T.J. plays the only way he can, laying everything on the line, game in, game out. But when it’s time to step away from the rink, T.J. leaves his fire on the ice. Relationships? He tried that once. Friends with benefits is as close as he’s planning to get to a woman again.

Until he meets Natalie Foster.

Smart and independent, no-nonsense Natalie’s rebuilding her life her way after her high-powered career and her engagement go off the rails. Besides trying out new lines of work, she’s also dipping her toe in the dating pool with pro hockey player Kevin May. The relationship is new, it’s fun, but it’s barely off the ground when Kevin’s career comes to a screeching halt thanks to a T.J. Shanstrom cheapshot.

When Natalie and T.J.’s paths accidentally cross, sparks fly. Natalie has no idea who this handsome hunk is, but when T.J. discovers who she is, he’s determined to become her knight in shining armor while safeguarding his identity—and his heart.