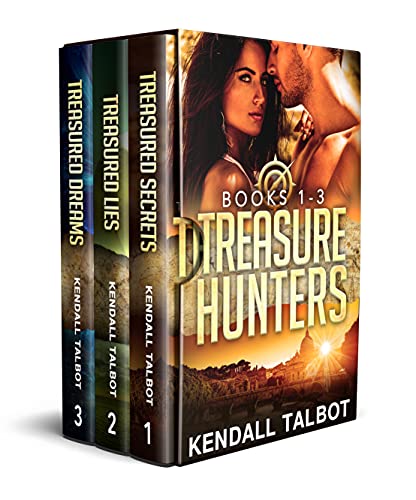 Sunken treasures. Dangerous enemies. Action-packed romantic suspense.When Italian chef Rosalina Calucci finds a clue to an ancient treasure, she makes the mistake of bringing it to rogue treasure hunter Archer Mahoney, a dangerously sexy, frustratingly irresponsible, Australian millionaire. Something she knows all too well since he’s also her ex-fiancé, and it was his secrets that tore them apart.Archer Mahoney, will do anything to drown out his painful past; breaking up with the irresistible, smokey-eyed, woman of his dreams is proof of that. But his talent for finding lost treasure is almost as good as his talent for finding trouble and his feisty ex is just the beginning.Rosalina’s clue could be the key to locating an ancient treasure that’s haunted Archer for years. But some treasures are buried in blood, and a deadly enemy will stop at nothing to keep a sinful secret contained. Can they mend the ocean between them, or will Rosalina’s quest for answers be just the beginning to Archer’s nightmare?