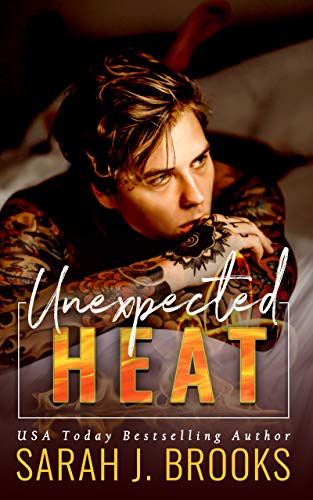 My new neighbor is looking for a nanny. Cool. But what starts with accidental encounters in the bathroom, ends with passionate nights in his bedroom – and now we’re in a fake-marriage!

Brad is a fearless firefighter risking his life for others. But he’s messed up when it’s about saving himself. After his wife has left him heartbroken with a small child, he’s looking for a nanny. I take the job because I need to pay my bills as my own demons are haunting me. Everything seems to be going well until his ex comes back seeking sole custody for their son.

Brad’s lawyer advises him to show the judge a new wife so he can keep the baby. Now we have to play pretend for 8 weeks until the trial is over. But what starts as fake, soon becomes very intense and real. All of a sudden, I ask myself two critical questions:

What if Brad’s ex finds out everything is set up? And when should I tell Brad that the result of my pregnancy test is anything but fake?