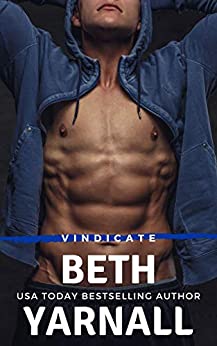 I got my driver’s license on my sixteenth birthday so I could visit my brother in prison. Five and a half years later, he’s still locked up for a murder he didn’t commit and I’m still trying to find a way to set him free. Then I hear about Nash Security and Investigation, a private detective agency that helped exonerate a wrongfully convicted man after thirty-nine years in prison. The problem? They’ve already taken on the one pro-bono case they’ll accept this year.

I’m this close to finishing law school—and never working another day at my dad’s P.I. office—when Cora Hollis walks through the door. She’s got a box of files, a handful of leads, and an independent streak a mile wide. She fascinates me and I can’t say no. Suddenly I’m volunteering to help her find a missing witness who could be the key to her brother’s case.

But nothing is what it seems and giving in to the attraction between us could be more dangerous than finding the real murderer.