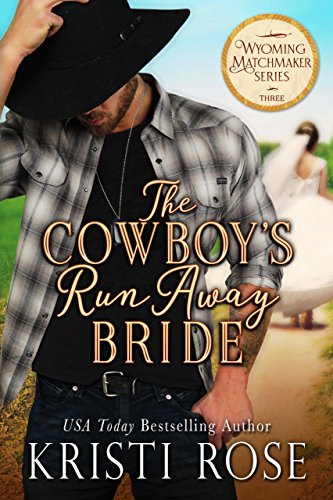 She’s not meant to be a bride…At least not to the man her parents picked out. Ellie Greene wants a quiet life with Grams on the Wyoming farm, and quiet could happen if someone would stop sabotaging them. Each week something more dangerous happens and Ellie doesn’t know how much more she can stand. Forced to seek help, Ellie would prefer anyone else other than the tall, dark, sexy-as-sin cowboy with the knight-in-shining-armor complex she gets stuck with. While the chemistry between them flares brighter than fireworks, Ellie knows they want different things from life. She wants an easy-going farm boy, and nothing about Shane is easy. 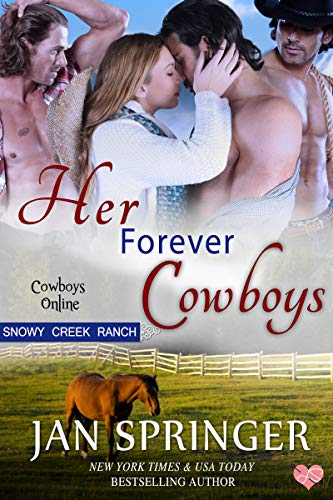 After spending years in prison, Milena Allen is unexpectedly released and given a job at a secluded Canadian horse ranch where she’s instantly attracted to her three sexy rancher bosses!When Cowboys Online sends Mitch, Daegen and Paul a female ex-con to help out around their wilderness ranch, they realize life has been lonely without female companionship. Despite being without women for so long, they vow that Milena is off limits.When violence threatens her cowboys, Milena’s nursing skills are put to the test, and she realizes she’s falling head over straw hats for her sexy bosses. Soon she discovers all three men are interested in her too! But they keep treating her like one of the guys!She’s always wanted someone to love her and to have a place she can call home. Will Mitch, Daegen and Paul make Milena’s dreams come true? Or will a horrific mistake by Cowboys Online unravel everything? 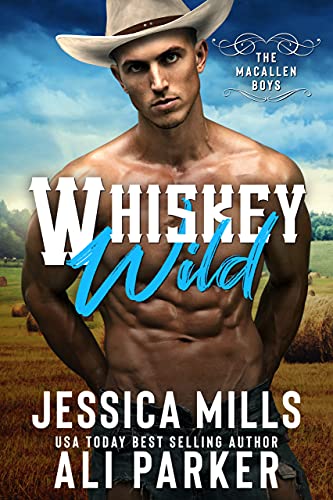 Can a city girl fall for a country boy? We’re about to find out.

My twin brother got himself into an impossible situation and who saves his bacon? Me. I go into a job interview pretending to be him, and lo and behold, the most beautiful girl in the world is the one hiring for the job.

Giving her my all isn’t hard, until I get the position. I’m a farmer. My brother is the guy trying to make it up a ladder, but now we’re stuck. It would be too damn obvious that he’s not me and I’m not him. So I’m stuck.

But it’s not all that bad. The girl of my dreams is in need of a real cowboy to teach her the ropes. And I’m the guy for the job. Unfortunately, pretending to be a nicer version of my evil twin catches up with me. Those little white fibs always do. Now she’s questioning my trust and walking away from what could possibly be the best decision of both our lives.

Time to show this sweet little thang the man she’s yet to meet—the real me. 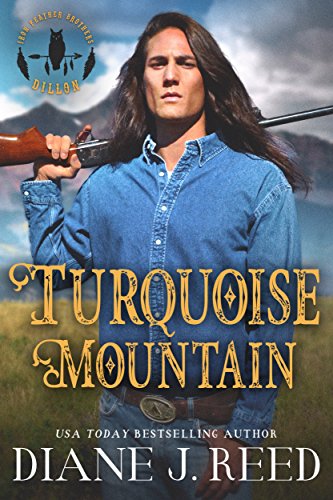 Dillon Iron Feather is dangerous and he knows it. Hardened by his championship fighting career, he returns to his remote Colorado ranch to heal, only to discover that city girl Tessa Grove is determined to stake her claim to the old mine she inherited on a corner of his land. Stubborn to the bone, Tessa soon digs up precious gems from deep within the earth to use in her custom-made jewelry business. But those stones turn out to be sacred, and sparks fly as they begin to guide her to the secret chambers of Dillon’s heart.