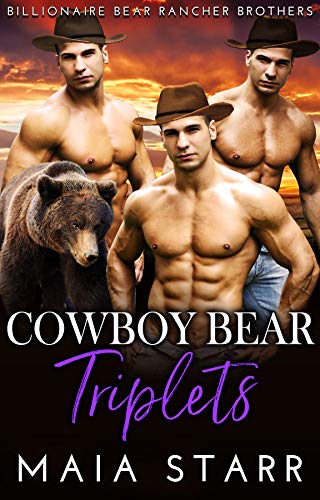 Three alpha bear triplets vow to protect her and sharing isn’t an option. Who will she pick ?

Jacob, Jonathan, and Frances are three alpha bear shifters who kidnapped Jenny to keep her safe. They needed to save her from her wolf shifter ex.

All three men are obsessed with Jenny, wanting to claim her as their mate. The bears within them are losing control. They have always done everything together, including owning one of the franchises of Ursa ranches.

But sharing Jenny isn’t something they want to do. They brought her to their ranch to protect her, and Jenny fell for them hard and fast. She knew she’d have to pick one of them.

Jenny regrets being in love with them. She feels as though she didn’t learn the first time around. But now, there’s a bigger problem to deal with than what’s in her heart.

Her wolf shifter ex is back and the three men need to defeat him. But how will they react when they find out that she has run away?